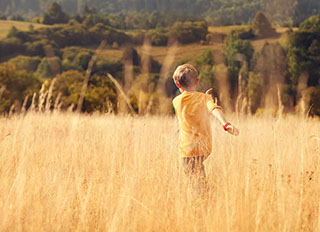 Over the last few weeks, we’ve been seeing a significant increase in tick bites, partly from awareness in our population as to their significance, and partly because they are just worse this year. Most live in nests generally found in the woods, but they can also be found in soft ground, decomposing wood and leaves, or man made items such as old mattresses.

The tick we are concerned about is the Ioxides tick, or the deer tick. It is VERY small, and often can look like a mole or a small scab. The bigger ones, like the dog ticks we remember growing up, may be gross but rarely carry any major diseases. When removing one, make sure to use a fine pair of tweezers, get as close to the skin as possible, and pull hard and fast. It may pinch a bit, but getting all the tick is key. Do not burn it, put vinegar or nail polish on it. These do not help, and burning it clearly causes problems. Getting the tick out within 24 to 72 hours is important as it takes at least 24 hours to transmit Lyme disease.

Everybody fears Lyme disease. It is in the news and we’ve all heard stories from friends and neighbors about somebody who had it who is suffering for years because of it. Truthfully, Lyme disease is fairly easy to treat with 3 weeks of an antibiotic. First, about 2 weeks after the bite, there is a bulls-eye rash, followed several weeks later by joint swelling, mainly in knees, and only later does fatigue and weakness set in. Not everybody gets the rash, and not everybody gets the joint swelling, but most get one or the other.

Sometimes there is confusion about the bump that appears after a bite. Ticks inject a small amount of venom at the bite site that causes a small inflammatory bump. That is NOT a sign of Lyme disease, and will go away after a few weeks.

There are other diseases that can be transmitted by ticks, so it is important that if you or your child have had a tick bite and are now having fatigue and malaise to contact us, and to let us know what kind of tick you think you were exposed to. Otherwise, a nightly tick check, mainly around the hairline on the scalp, behind the ears, and in private areas, is the best way to prevent tick borne illnesses.